Which islands are a part of the Kingdom of the Netherlands?

CARIBBEAN PART OF THE KINGDOM

The Kingdom of the Netherlands

The Caribbean part of the Kingdom thus consists of:

Caribbean Tours currently only offers tours, tickets and activities in Aruba, Bonaire & Curacao, the so called ABC-islands. In the near future we will further expand our offer with also the other islands that are part of the Caribbean part of the Kingdom. 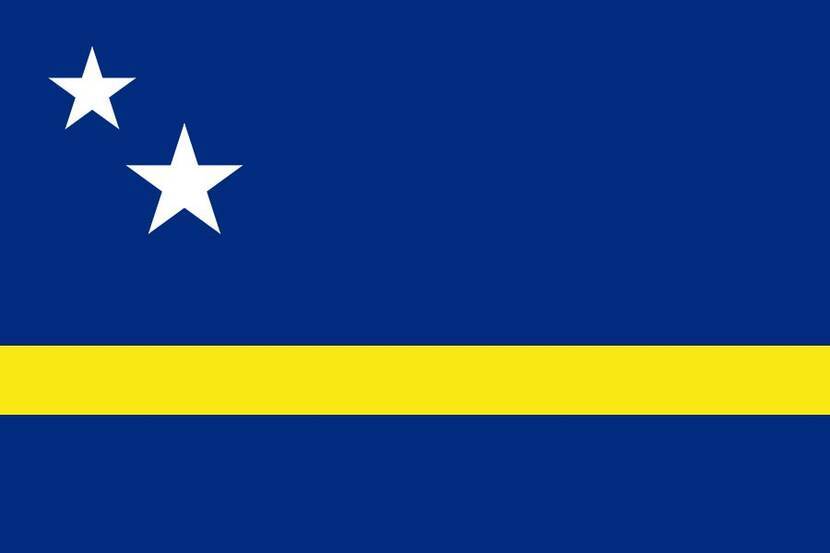 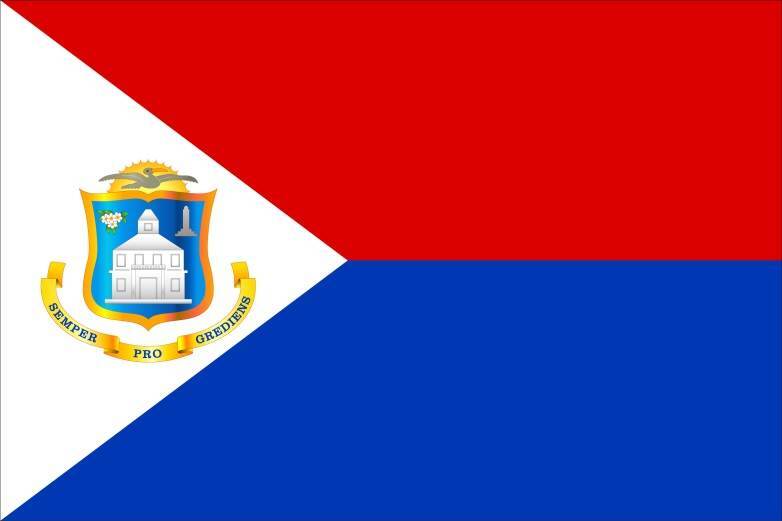 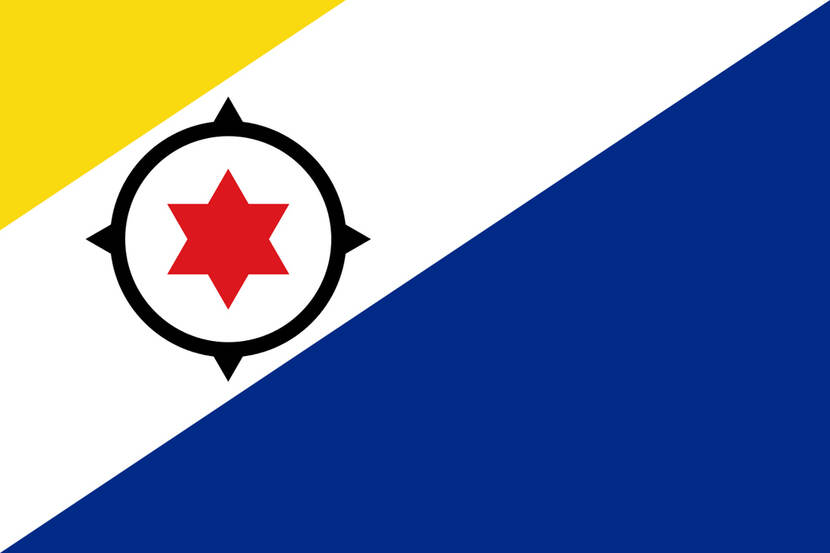 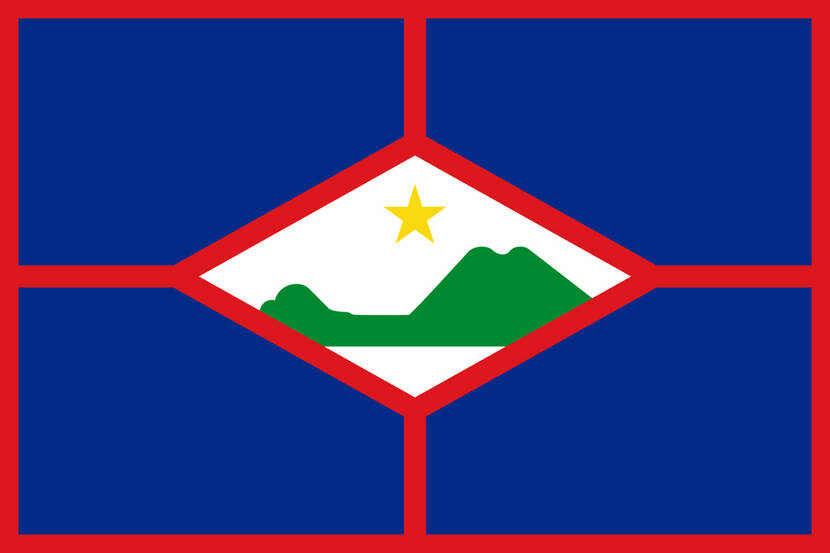 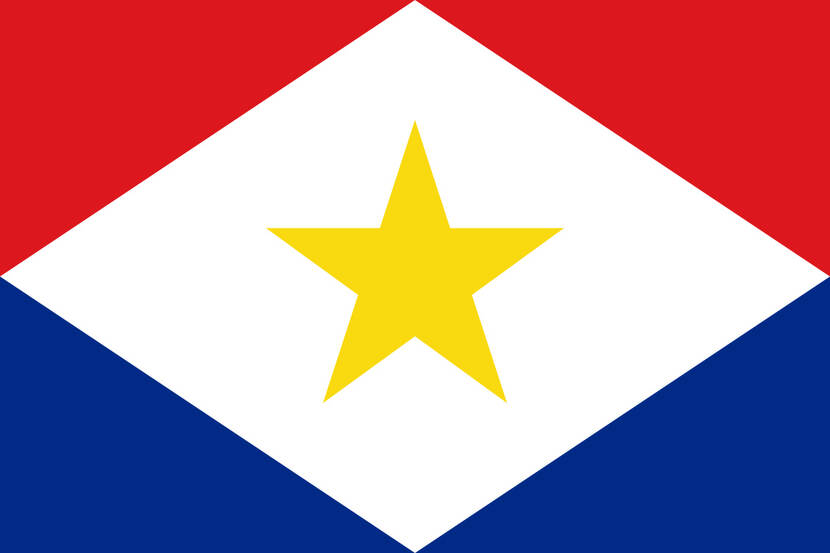 Popular on the islands 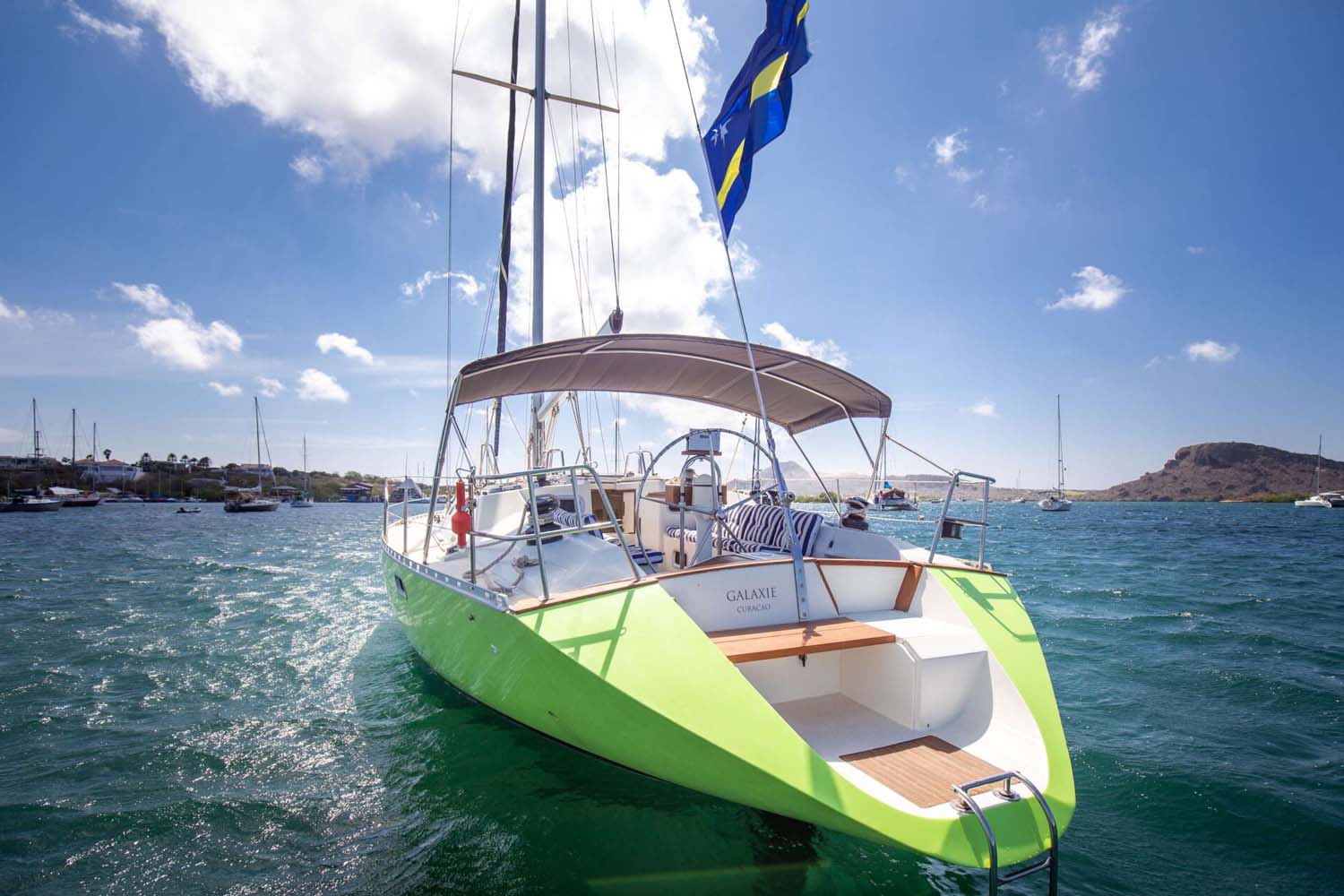 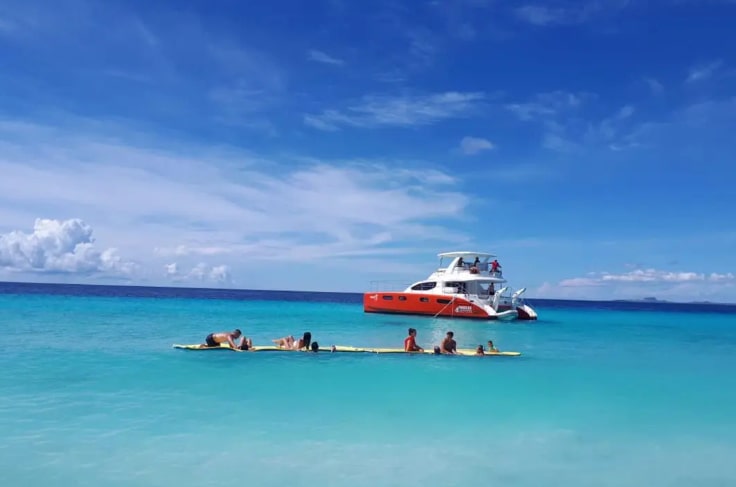 Price per ticket€111
Full Day
This is the perfect trip if small scale appeals to you. Cozy atmosphere with good food and drinks on board.
(13 Reviews) 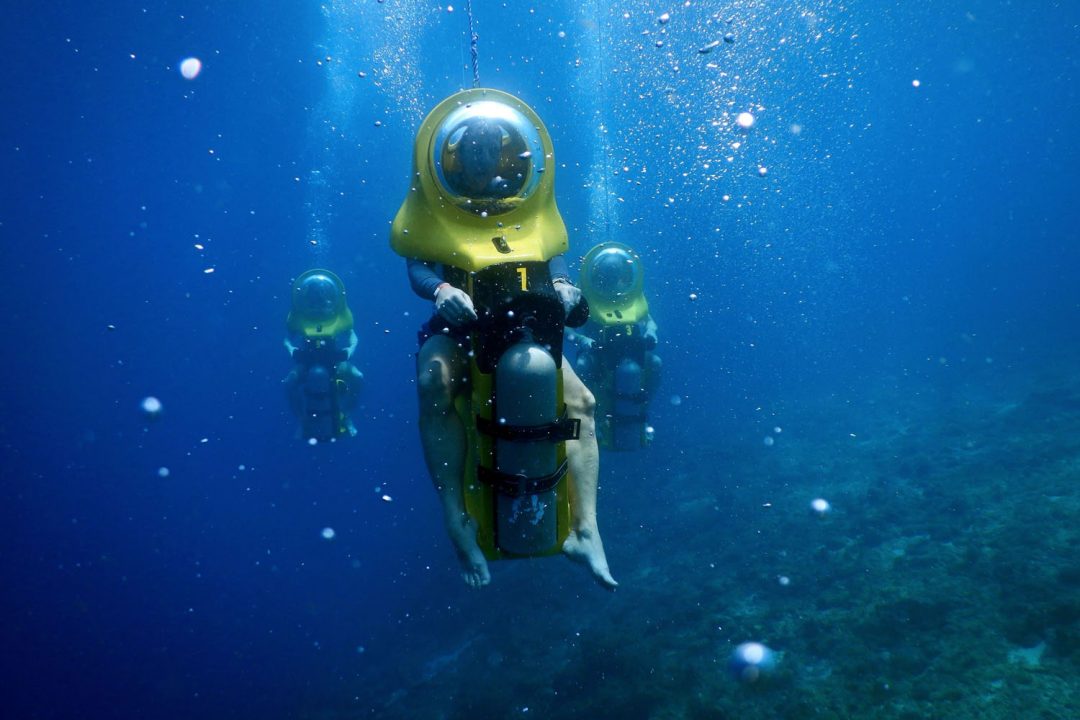 Price per ticket€110
1.5 uur
Explore the underwater world without any diving experience with these awesome yellow Aquafari underwater scooters.
(9 Reviews) 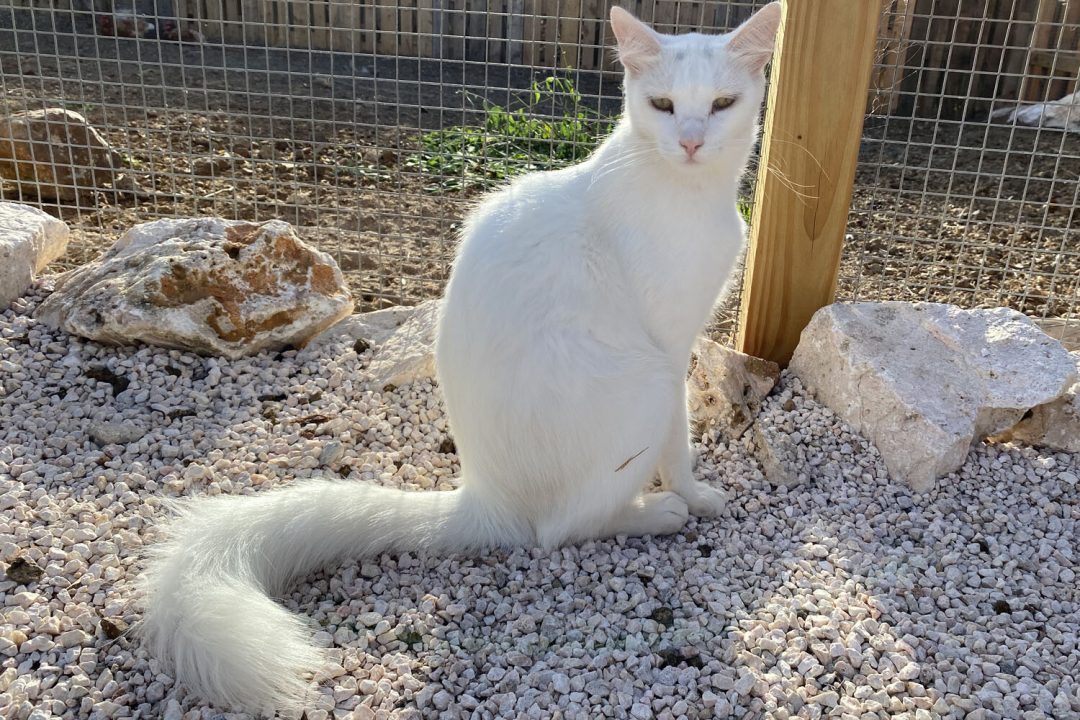 Price per ticket€8
2-uur
Visit the cat cafe of Foundation Kitten Rescue Curacao. Cuddle with the kittens and cats in a living room-like setting.
0 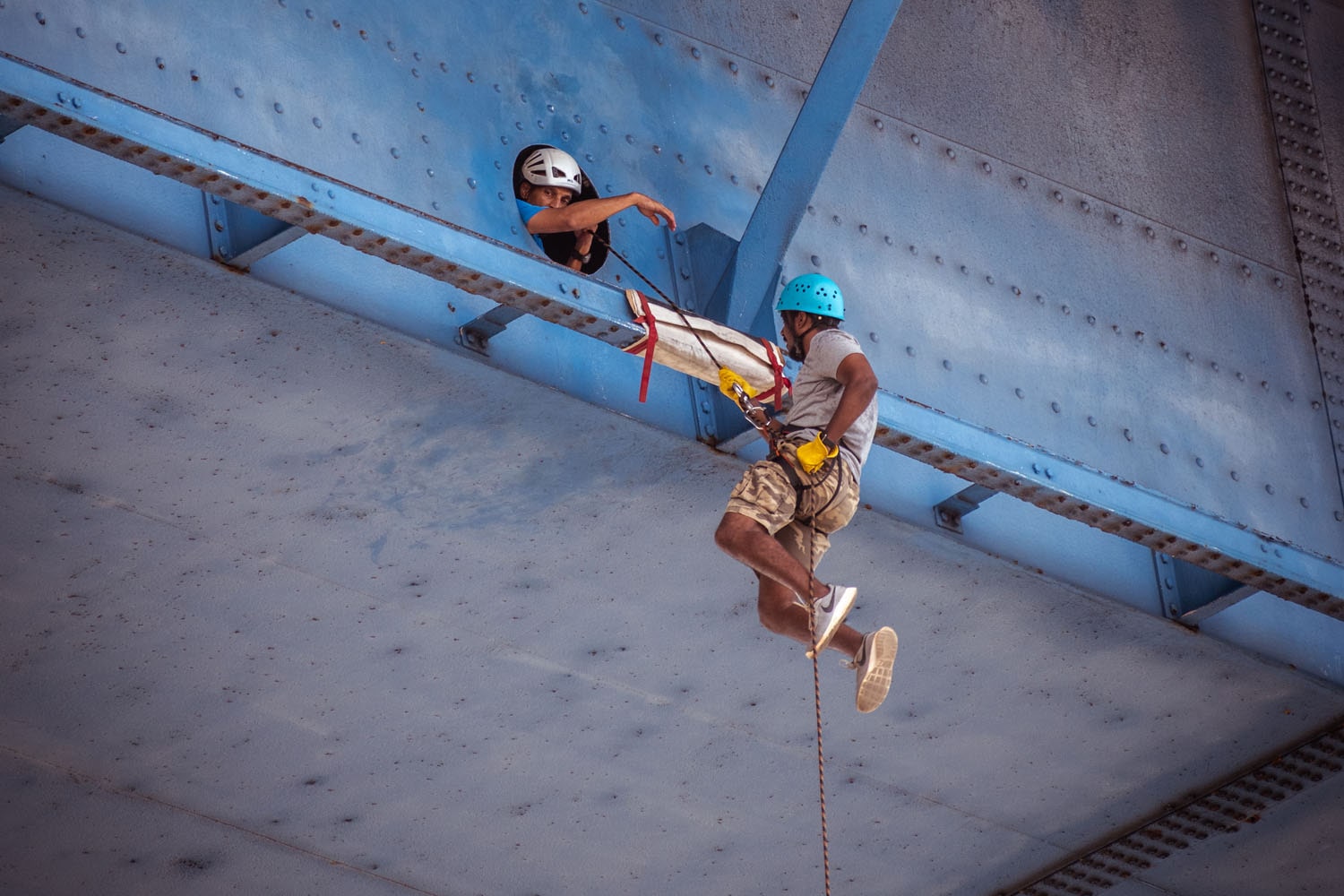 Rappelling from the Juliana Bridge

Price per ticket€79
Half day
Rapel down from the 45 meter high Juliana Bridge! One of the most famous iconic landmarks of Curaçao,
0 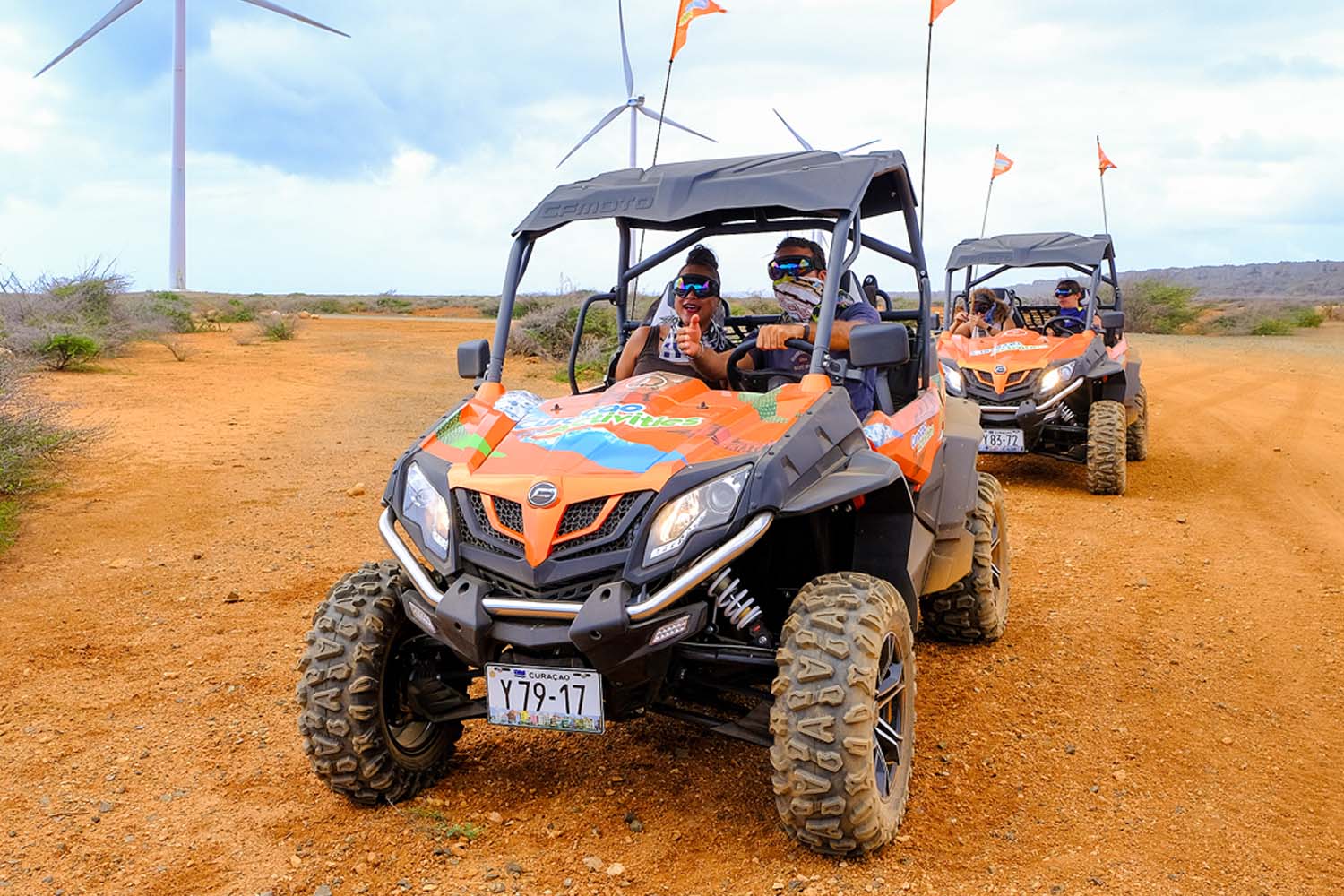 Price per ticket€201
3.5 uur
UTV Off Road Tour. This is perhaps the toughest tour on the island. Get behind the wheel of your UTV and enjoy the outdoors.
(3 Reviews) 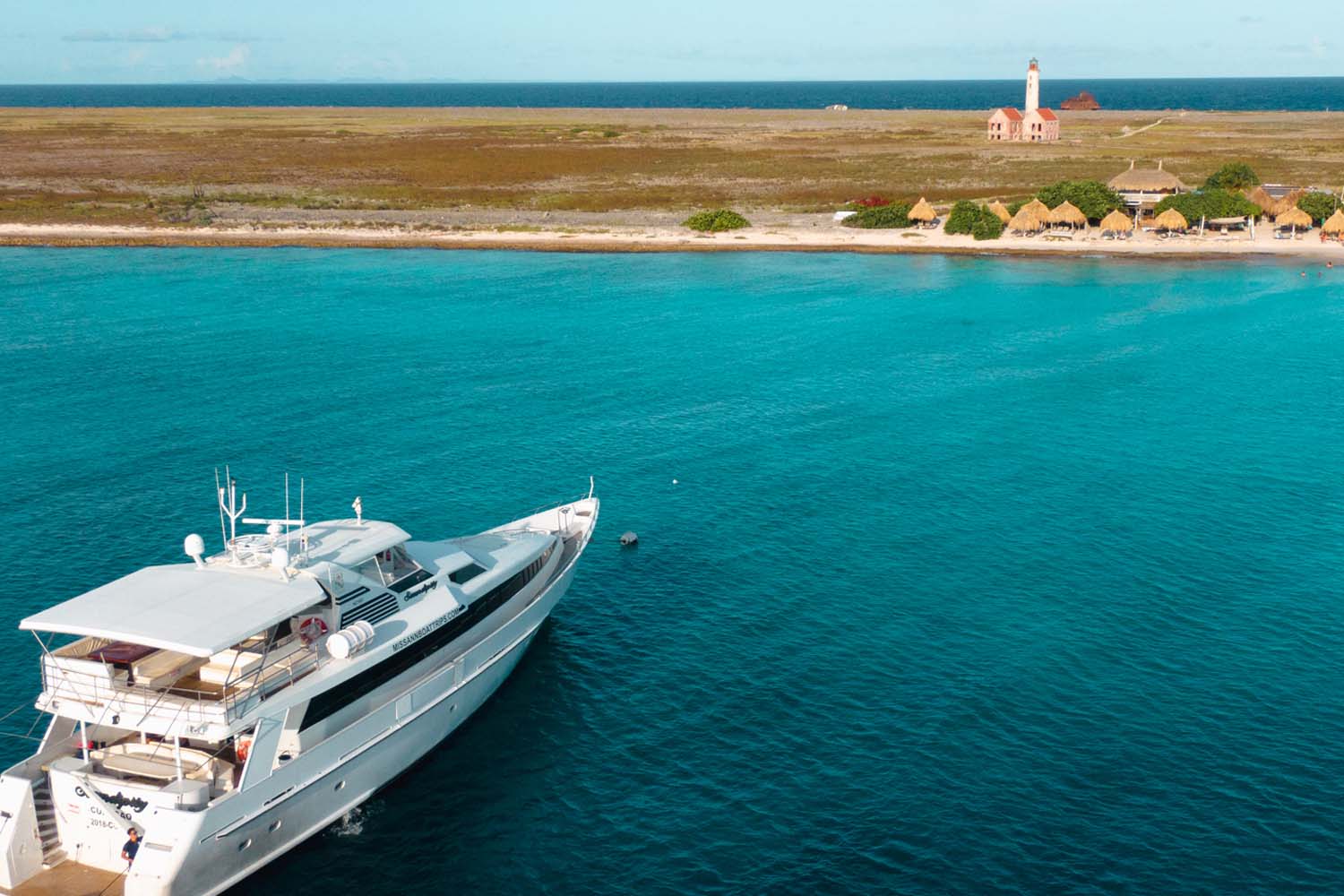 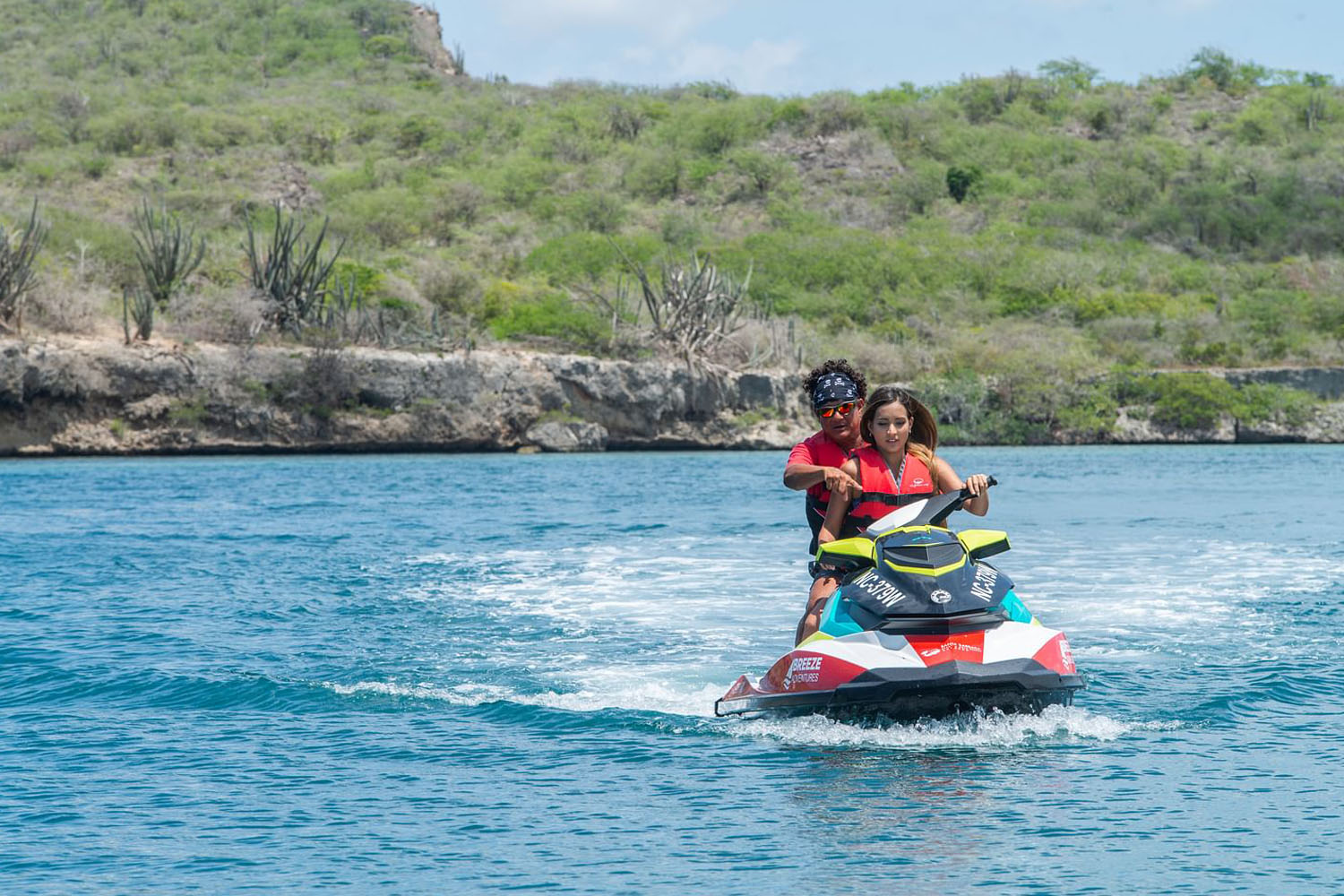 Price per ticket€120
Full Day
Sail with your 160hp jet ski over the Spanish water and admire the beautiful coastline with the most beautiful houses.
(2 Reviews) 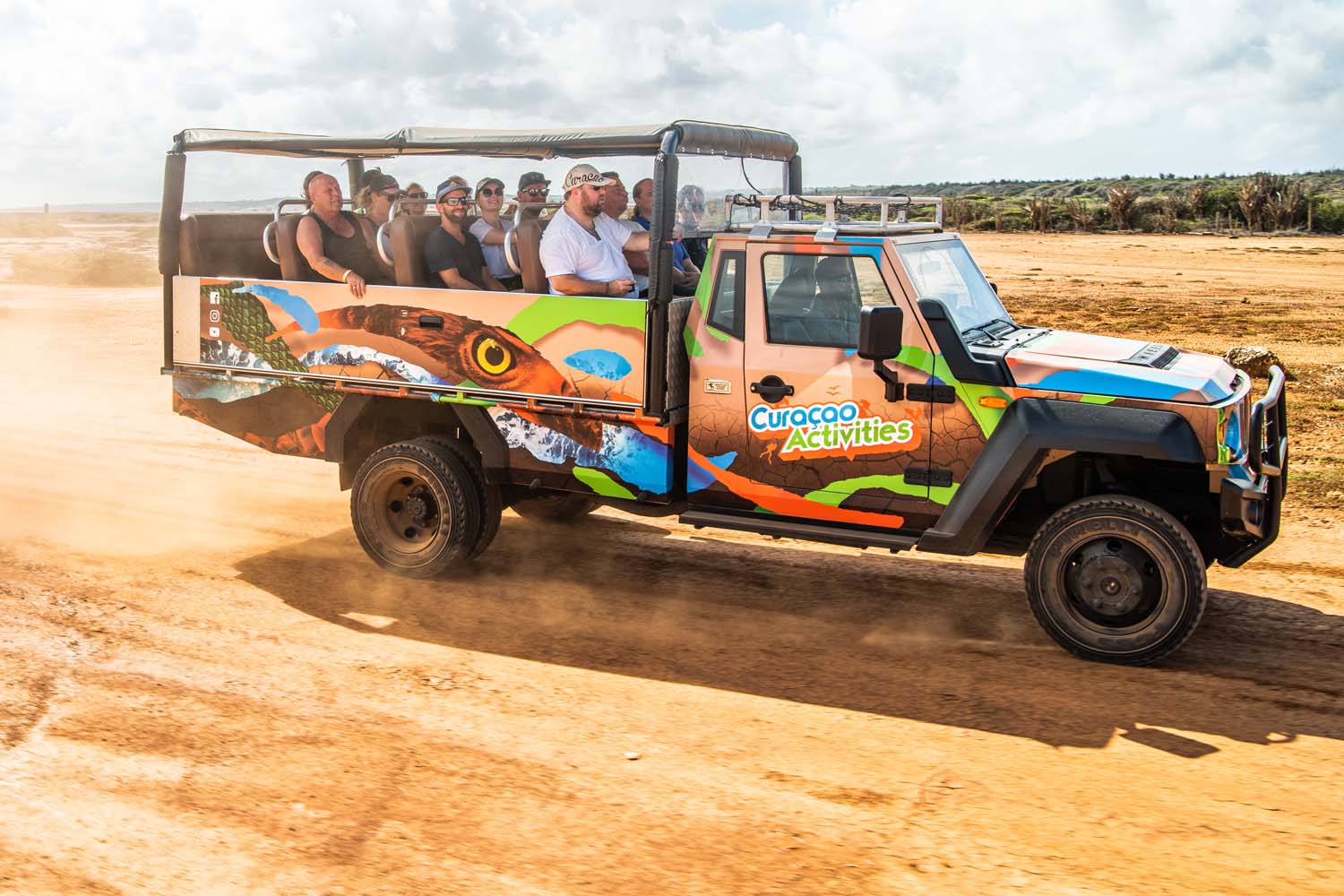 Price per ticket€114
7 uur
Climb aboard on our very comfortable jeep and explore Curaçao in a most adventurous way! You’ll discover the far corners of Bandabou, places you can only get to with a 4×4.
(2 Reviews) 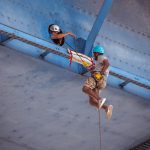 Rappelling from the Juliana Bridge 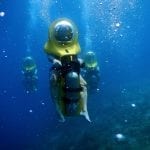 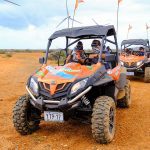 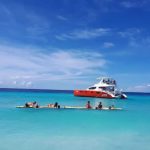 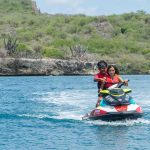 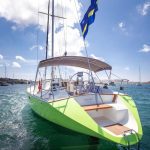 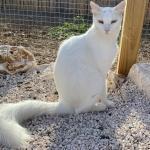 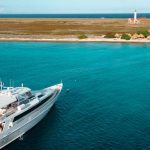 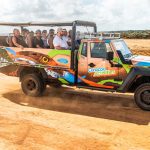 Great that you're visiting our website. However, before you continue you have to know that we use cookies to offer you the best experience on our website. Please accept.
Manage options Manage services Manage vendors Read more about these purposes
Preferences
{title} {title} {title}

First possible dates are shown:
(click on the name of the boat to book the trip)

Subject to changes
This overview is indicative and no rights can be derived from it.
Last update 13-07-2022 – 08

Caribbean Tours is very committed to all stray animals that often have to live in harsh conditions on the islands of Aruba, Bonaire and Curacao. We care deeply about their fate and would like to do something to prevent this animal suffering. For this reason, we have selected a charity on every island where we operate. We have selected a foundation on each island that is committed to preventing animal suffering among dogs and/or cats. If you book a tour with Caribbean Tours, you will be asked during checkout whether you want to make a small contribution. A contribution with which the Kitten Rescue Curacao Foundation on Curacao can continue to work to prevent animal suffering among the kittens and cats. Click [hereif you want more information about this foundation.

Reservation fees apply for some tours or activities. These are costs that Caribbean Tours must incur to be able to make the reservation on your behalf with the local tour operator. We keep these costs as low as possible, but we cannot avoid passing on a small part to you as a customer. Partly because of this, we can continue to offer this tour, so that you can easily and quickly book this tour online. The reservation costs are a fixed component and amount per booking, regardless of how many people come along.

Changing a booking that has already been confirmed and for which you have already received the ticket or voucher is possible under certain conditions. The costs for changing a booking are normally € 15 per change. By choosing a flexible ticket directly with your booking, you pay € 5 extra once and changing a booking is free of charge up to 48 hours before the start, even if you would like to change several times.

Notice: a booking can only be changed if the new desired date is available and an agreement has been received from the executing tour operator.

Caribbean Tours guarantees the lowest price on tours & tickets that can be booked via our website. When you find the same tour or ticket for a lower price within three days of booking or after arrival at destination, we will refund the difference to you.

Conditions for refund
Caribbean Tours' Lowest Price Guarantee is available to every customer who has made a booking on caribbean-tours.co.uk. The Lowest Price Guarantee covers retail prices available to the general public. This does not include discounts you may receive (or may be eligible for) from outside organizations, the tour operator itself, or special offers made as part of a membership program, corporate discount, daily offer, groupdiscount or rewards program. If you find a lower retail price for the exact same tour or ticket, offered on the same date and priced in the same currency as the original purchase on any other website AND notify us within 72 hours of your confirmed reservation on Caribbean Tours, we will refund you the difference. If upon arrival at your destination you find a lower retail price offered by Caribbean Tours' contracted tour operator for the exact same tour or activity, offered on the same day and in the same currency as the original purchase, you will receive from Caribbean Tours the difference. Caribbean Tours reserves the right to verify the details of the lower price where possible. All decisions regarding refunds are made at the sole discretion of Caribbean Tours. Exchange rate differences that may occur due to different currencies will not be refunded.